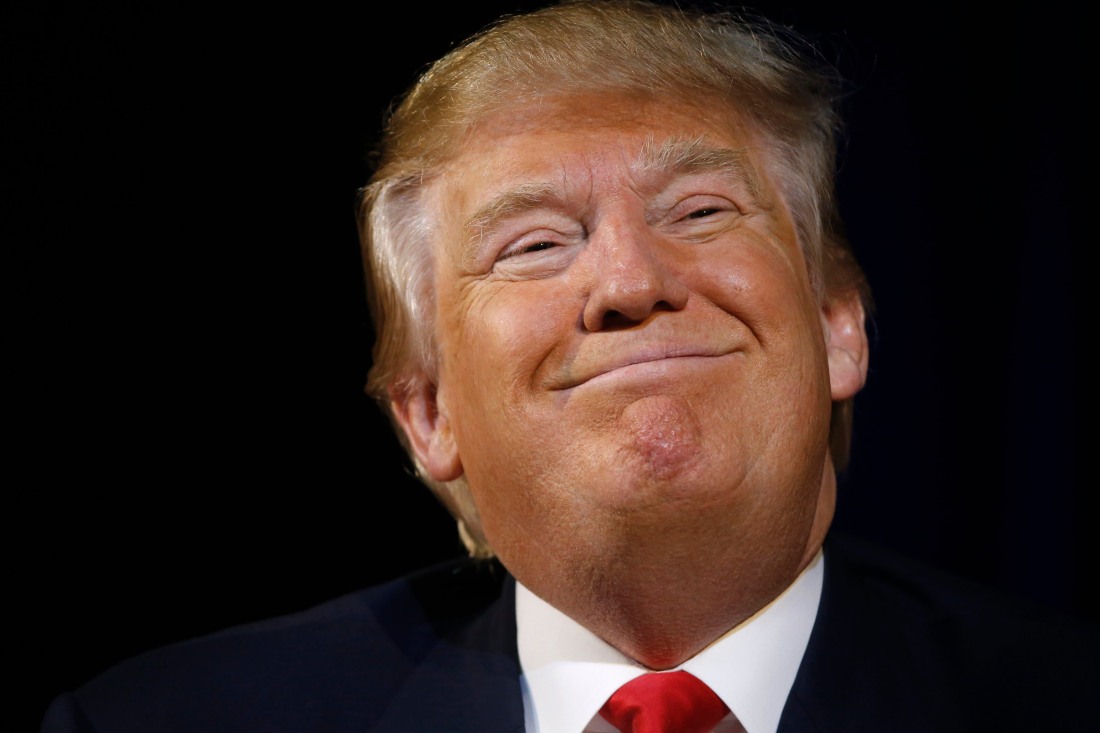 You know, for a guy as demonstrably and reliably dishonest as Donald Trump is, he’s been pretty open about what kind of man he is, and what we’ll get if he wins the Presidency.

What kind of man is he? Well, yes, he’s straight (the straightest!), white (okay, he’s actually orange), and male (“There’s no problems. I guarantee it.”). But above all, before anything else, he is privileged.

Okay, it’s not that hard to fault him.

Man, do I love a good argument. Seriously, ask anyone who’s known me at any point in the last forty years and they’ll tell you. It’s like my brain’s factory wiring was optimized for it. It’s such a rush, when I’ve got a really good one going with a smart, well-informed person whose positions and beliefs are different from my own. It does for my brain what playing soccer does for my body.

I’ve spent decades doing it, in all kinds of situations, with all manner of people. It’s honed my critical faculties and made me question the assumptions at the foundation of my worldview. I’ve learned many valuable lessons as a result.

The most valuable lesson I learned? If you actually want to change or even open someone’s mind, arguing almost never works.

Here’s something that’s happened to me more times than I can count. Maybe it’s happened to you, too. You get into it with somebody. Things get heated. You’re going back and forth, back and forth, and you realize you’re both making the same argument in different words. And if you’re like me, it’s kind of frustrating, because you’re all het up and there’s nothing to argue about anymore.

After the nth time that happened, I started to realize that, at least for me, the contentiousness was the pay-off. The heated back and forth. A chance to let my rage nugget vent a little steam so it doesn’t boil over some inappropriate time. Like when I play soccer.

And I’ve come to think of argument in the same way as soccer. For me, at least, it’s best approached as a sport, a competition I engage in with fellow enthusiasts whom I cultivate online and IRL, who approach it with the same understanding. It won’t surprise you that most of them are lawyers and academics.

But if I want to get through to someone, and actually change the way they see the world (or at least get them to take a look at how I see it), getting all het up and marshalling facts and arguments and statistics and memes isn’t how I go about it anymore.

Nobody, but nobody, likes being told they’re wrong, and they like it even less if you can prove it.

In my experience, if you want to change someone’s mind, the best you can do is plant a seed and hope it takes root. And to do that, you have to find common ground to plant it in. It’s surprisingly easy to do if you start from a position of respect. If you frame what you have to say in such a way that it’s taken for granted that the person or people you’re dealing with have reasons for their views that they find genuinely convincing and good. If you ask them to explain, make the positive case, nine times out of ten you’ll find something in there you can both agree on.

Once you’ve established a rapport by genuinely engaging, and built goodwill by finding some point of agreement, you can show them the way to where you’re at from where you’re both standing. Connect the dots, make the positive case. Let them decide for themselves.

Will it work? Sometimes. And almost never right away. That’s why I use planting a seed as a metaphor. If you want a plant to grow or an idea to take hold, you have to find that common ground, and prepare it. Then you can plant the seed and, if conditions are favorable, the seed will sprout. It will grow roots, and when enough time has passed it will break ground into the light, and grow organically on its own.

Changing people’s minds is a really hard thing to do. But even if you just open them up a little bit more, that’s a good thing. A net gain for the ideas and ideals that you’re passionate about. And in my experience it’s a hell of a lot more effective at spreading them than browbeating people til they submit or defriend you out of exasperation.

Arguing and debating is a really fun sport, with the right people. But when the chips are down and the stakes are real, I think I owe what I believe in its best possible chance of spreading and taking root. Because the more of us there are, the better the chances of making it happen. Which I think will be good for everybody.

Even the people who disagree with me.

I was a strong and early supporter of Bernie Sanders, especially the Bernie Sanders of the early campaign: the guy who took the high road, who spoke truth to power, who organized at the grassroots and refused to engage in negative campaigning. The guy who said on her worst day Hillary Clinton would be a better President than any of the Republicans.
But I have a confession to make: I never thought he’d win.
It wasn’t lack of faith in the message or devotion to the agenda he espoused. That faith and devotion is what drove my support. To me Bernie Sanders was only a vehicle for getting the word out and starting to organize. It was clear the man himself was an imperfect vessel (he is, after all, a career politician). It was also based on a cold, hard political calculation. Remember the incident in Seattle about a year ago, when two #blacklivesmatter activists stormed a stage he was set to speak on? The way Bernie and, more importantly, his most ardent supporters handled that told me all I needed to know. However you stand on the incident, nobody gets the Democratic nomination without support from African-Americans. And while Bernie has done a great job of mobilizing younger African-Americans, they were outnumbered by their elders, who were less willing to take a chance.
Still, I advocated, and donated, and when the time came I caucused. All along I tried my best to keep to the high road the Bernie Sanders of the early campaign laid out.
Sadly, my candidate chose not to. Somewhere along the way, some subtle threshold got crossed. It was about Bernie now. Bernie the man, the visionary, the leader of a revolution, though what the revolution meant or would look like was never made clear. He started throwing punches, insisted he was going to win despite the fact that the path to victory only got narrower and less likely with every primary and caucus, even the ones that he won.

END_OF_DOCUMENT_TOKEN_TO_BE_REPLACED

Will Rogers once joked “I belong to no organized political party. I am a Democrat.” It’s as true today as when he said it, as I was reminded when I attended the caucus held in Seattle’s Capitol Hill, a neighborhood so liberal our local City Councilmember is Socialist Kshama Sawant.

The caucuses were scheduled to begin at 10 am, and as someone who hadn’t pre-registered I was encouraged via text message by volunteers for the Sanders campaign to arrive by 9 am to make sure I got my paperwork filled out in time to properly participate in the caucus. I thought that was probably a good idea, but I got a wee bit tipsy the night before, and didn’t make it til 9:30.

The caucus was held at the Century Ballroom at the corner of 10th and Pine, a giant space usually reserved for Salsa, Swing, and other couples-style dancing. It occupies most of the second floor of the old Oddfellows building, a large, old structure smack dab in the heart of one of the most liberal neighborhoods in one of the most liberal cities in the US.

When I arrived, the line to get inside was already around the corner and down the block almost to Pike Street. I was immediately grateful to have brought a thermos of coffee and a book. END_OF_DOCUMENT_TOKEN_TO_BE_REPLACED

I’ve been thinking a lot in the last few days about something that happened to me back in 2004. It was primary season, Howard Dean was all the rage, MoveOn.org was filling my inbox every day, and I went with a friend to a Democratic party Meet Up at a bar somewhere in Seattle’s Eastlake neighborhood. George W. Bush was running for re-election, and who to put up against him was the topic under discussion at the big table we all sat around. What I remember in particular is that there were these two guys kind of in the center of the group who kept hijacking the discussion, talking about how what we really needed to do was purge the ranks of DINOs so that a pure, unadulterated liberal message and messenger could emerge, which would then, through some magical Underpants Gnomes-type process, rally the faithful, convert the skeptics and doubters, and win the White House back from the disastrously incompetent administration occupying it at the time.

Now, don’t get me wrong. I wanted and want that, too. And though I found their continual hijacking of the discussion off-putting and rude, in the end I have to thank them, because they provided the opportunity for something of an epiphany for me.

Now, let me back up for a moment and reiterate that in terms of desired end-states, these two insufferable prigs and I were in more or less complete agreement. Where we differed was in our assessment of where we were at the time and how to get where we all wanted to go.

I don’t remember exactly what I said once I managed to get ahold of the conch for a couple of minutes, but the gist of it was simply this: we didn’t have the numbers. There simply were not enough people who agreed with our desired ends for their strategy to work. END_OF_DOCUMENT_TOKEN_TO_BE_REPLACED