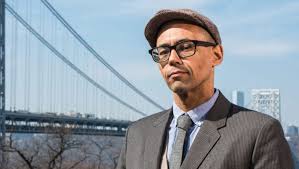 James Baldwin may have been America’s clearest-eyed thinker, and was certainly one of its best writers. His work, The Shot That Echoes Still, from (and reprinted/reposted by) Esquire in 1972 deserves to be revisited more than ever, be it almost fifty years later, for its commentary on the times it was written in, and for its prescience. It is, above most everything else, the moral failure Baldwin diagnosed, here and elsewhere, at the heart of the American psyche that has given us the age of Trump and Trumpism, and the rot at the heart of American whiteness that made them not only possible but inevitable:

“Incontestably, alas, most people are not, in action, worth very much; and yet every human being is an unprecedented miracle. One tries to treat them as the miracles they are, while trying to protect oneself against the disasters they’ve become. This is not very different from the act of faith demanded by all those marches and petitions while Martin was still alive. One could scarcely be deluded by Americans anymore, one scarcely dared expect anything from the great, vast, blank generality; and yet one was compelled to demand of Americans—and for their sakes, after all—a generosity, a clarity, and a nobility which they did not dream of demanding of themselves. Part of the error was irreducible, in that the marchers and petitioners were forced to suppose the existence of an entity which, when the chips were down, could not be located—i.e., there are no American people yet. Perhaps, however, the moral of the story (and the hope of the world) lies in what one demands, not of others, but of oneself. However that may be, the failure and the betrayal are in the record book forever, and sum up and condemn, forever, those descendants of a barbarous Europe who arbitrarily and arrogantly reserve the right to call themselves Americans.

I don’t think that any black person can speak of Malcolm and Martin without wishing that they were here. It is not possible for me to speak of them without a sense of loss and grief and rage; and with the sense, furthermore, of having been forced to undergo an unforgivable indignity, both personal and vast. Our children need them, which is, indeed, the reason that they are not here: and now we, the blacks, must make certain that our children never forget them. For the American republic has always done everything in its power to destroy our children’s heroes, with the clear (and sometimes clearly stated) intention of destroying our children’s hope. This endeavor has doomed the American nation: mark my words.

Malcolm and Martin, beginning at what seemed to be very different points—for brevity’s sake, we can say North and South, though, for Malcolm, South was south of the Canadian border—and espousing, or representing, very different philosophies, found that their common situation (south of the border!) so thoroughly devastated what had seemed to be mutually exclusive points of view that, by the time each met his death there was practically no difference between them. Before either had had time to think their new positions through, or, indeed, to do more than articulate them, they were murdered. Of the two, Malcolm moved swiftest (and was dead soonest), but the fates of both men were radically altered (I would say, frankly, sealed) the moment they attempted to release the black American struggle from the domestic context and relate it to the struggles of the poor and the nonwhite all over the world.

To hold this view, it is not necessary to see C. I. A. infiltrators in, or under, every black or dissenting bed: one need merely consider what the successful promulgation of this point of view would mean for American authority in the world. Slaveholders do not allow their slaves to compare notes: American slavery, until this hour, prevents any meaningful dialogue between the poor white and the black, in order to prevent the poor white from recognizing that he, too, is a slave. The contempt with which American leaders treat American blacks is very obvious; what is not so obvious is that they treat the bulk of the American people with the very same contempt. But it will be sub-zero weather in a very distant August when the American people find the guts to recognize this fact. They will recognize it only when they have exhausted every conceivable means of avoiding it.

What both Martin and Malcolm began to see was that the nature of the American hoax had to be revealed—not only to save black people but in order to change the world in which everyone, after all, has a right to live. One may say that the articulation of this necessity was the Word’s first necessary step on its journey toward being made flesh.”